Argo AI recently took part in a pilot project with fellow Pittsburgh-based technology company,  Rapid Flow Technologies. The company’s flagship AI technology, Surtrac (pronounced sure-track), is deployed at traffic lights and receives data from sensors about the number of vehicles, pedestrians, and other road users that are approaching an intersection. Surtrac then generates predictive models used to optimize traffic in real-time, aimed to move traffic through the intersection most efficiently. Rapid Flow has found that with this basic passive sensing, monitoring, and management system, Surtrac delivers human-driven vehicles a 20 to 25 percent improvement in travel times. 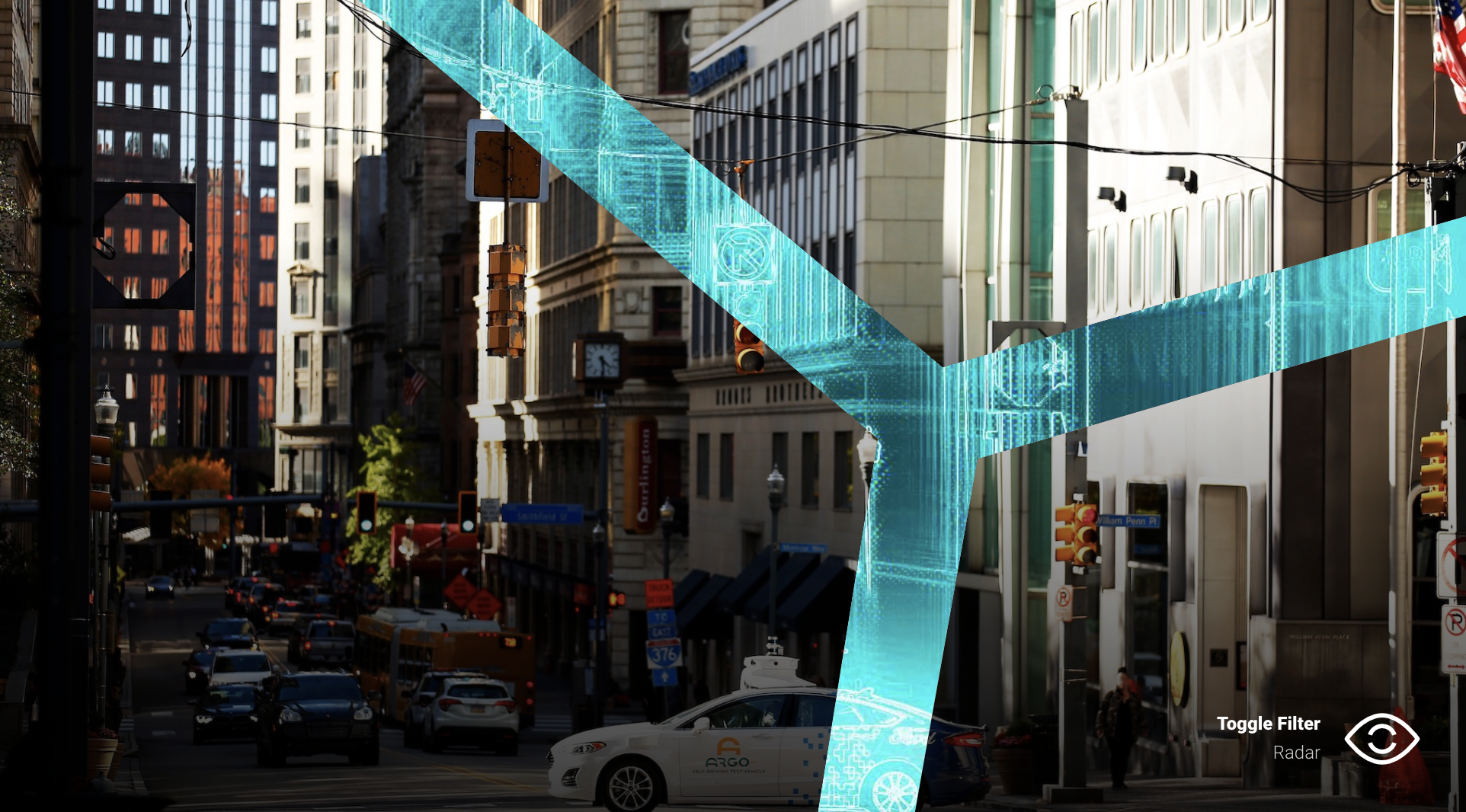 Those numbers seemed good to us, but we wanted to determine if our self-driving vehicles could improve even further on that performance. The conclusion? They did—and the benefits were accrued not just by our vehicles, but by all vehicles on the road.

The pilot, conducted over the course of several weeks last year, comprised 15 of our self-driving test vehicles. As our vehicles moved around the streets of Pittsburgh, they collected and shared data in real time about their route positions, speed, braking, and idling. Our vehicles reported this data back to Surtrac computers via a wireless-based cloud communication system that Rapid Flow calls Routecast. Rapid Flow fed all this data into its scheduling algorithms to optimize traffic-light timing and make it more likely for our vehicles to be met by green lights.

As a result, the system achieved a 40 percent reduction in delay, or time wasted sitting at red lights, demonstrating that with self-driving vehicles on roadways sharing information with smart infrastructure, cities can improve traffic flow and cut congestion even further.

And there are more benefits to mention: We also saw tangible ways that connected intersections can help the Argo self-driving system solve for situations where a traffic light could be occluded from view. Specifically, connecting to a smart signal network could give our vehicles an added layer of detection in such rare situations as when a traffic light is blocked from the vehicle’s sensors’ view. If the sun’s glare is blinding, or a tall delivery truck or building is preventing visibility of a particular light, the self-driving vehicle could still know the state of the signal, even if it isn’t visible to our sensors.

Overall, the pilot project demonstrated that vehicle-to-everything (V2X) technology could bring great value to cities and their residents. Nobody likes to be stuck in traffic, or idling at a stoplight watching the time tick by, and the predictive powers of a self-driving vehicle-connected smart infrastructure system promise to free up precious minutes for every driver using the road. Extrapolate that for an entire city full of commuters–that’s a lot of time not spent in traffic. But what really excites us is what such improvements could do for all commuters and residents of cities, whether they use self-driving vehicles or not.

Of course, Argo doesn’t require V2X capabilities for safe operation of the vehicles equipped with our self-driving system and we’re developing our SDS to function without it. But we are interested in exploring how autonomous vehicles can help V2X technology improve traffic flow even further, and conversely, whether our own mapping and predictive capabilities can be enhanced by integration with smart infrastructure.

One thing is certain: we would like to see V2X in the future. Our automaker partners Ford and Volkswagen are big supporters of smart infrastructure, so we look forward to collaborating with partners on solutions that address how to take even more advantage of the new technology down the road.